Sharia has a contribution to make to the debate on this very personal and emotive issue. Without an ecclesiastical hierarchy in Sunni Islam, there was no institutional monopoly over divine intent. For this reason, codification of the law – a hallmark of Western law – was not a feature of the Sharia. This environment fostered and actually encouraged different interpretations of the law that in turn developed into full-fledged legal schools. 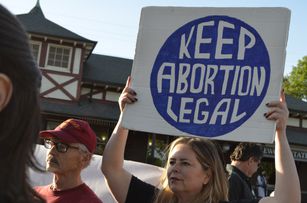 To identify the moment a fetus is endowed with a soul, the scholars turned to the Quran and the Sunna for guidance. From a “sperm in a well-guarded cavity,” the Quran explained, it turns into “a blood clot, the blood clot into a morsel” that then turns into bones that later are “clothed with flesh.” (Q. 23:12) The Prophet Muhammed elaborated on the timeline of this process: “Each one of you is collected in the womb of his mother for forty days, and then turns into a clot for an equal period (of 40 days) and turns into a piece of flesh for a similar period (of 40 days) and then the angel is sent to breathe a soul into him.”

Guided by the Quran and the words of the prophet, the majority of scholars concluded that a fetus is en-souled at 10 days after the fourth month of pregnancy. A group of scholars concluded that terminating a pregnancy was either permitted without conditions or permitted with conditions before 120 days of pregnancy. Other scholars said before 80 days, while yet another group of scholars said before 40 days. Many of these scholars concluded that termination before a fetus is en-souled was simply disliked, that is, better not to do it but if you do there is no punishment. Ibn Aqil, a prominent 12th-century Hanbali scholar, for example, held that a Muslim woman is permitted to take medicine to abort a fetus before 120 days. 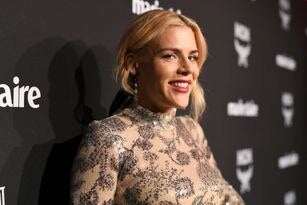 In response to a near-total abortion ban in Alabama Wednesday, women tweeted about their experiences with abortion.

The pluralism of the Sharia gave a Muslim individual discretion to choose which legal opinion to follow from a variety of different equally valid opinions. In the pre-modern Sharia setting, a Muslim woman would consult with one or more religious scholars and select among the opinions. Whether permitted, prohibited or disliked, all of these legal conclusions are valid. In the pre-modern period, no state or executive authority could dictate the opinion that a Muslim woman must follow.

Terminating before a fetus was en-souled, therefore, was not automatically a sin. Violating the termination guidelines, furthermore, was not a crime. The scholars disagreed on the punishment for terminating a pregnancy after 120 days. Some held the punishment for the mother would be the paying of “blood money” for the fetus's legal heirs. Others also required the mother to pay expiation – a charity assessed as a penalty for violating God's rights. Some said the expiation is recommended, while others, determined it is obligatory.

The Sharia's flexibility was that it anchored the development of the law upon social, cultural, economic and familial circumstances. This provided grey area, wiggle room and nuance. Anchoring it in science – viewed as actual ‘truth' – leaves the faithful with almost no discretion.

The Alabama and Missouri anti-abortion legislation seeks to legislate the religious beliefs of one group of Americans as the law of the land. For the majority of Americans, they do not want abortion to be outlawed – whether on religious or secular grounds. These radical anti-abortion laws are inconsistent with America's pluralistic society, which is adverse to legislating morality. The Alabama and Missouri laws would prohibit, for example, a Muslim woman that believes that terminating her pregnancy before 120 days would not violate her religious beliefs.

I am sure this is surprising to most Americans but the Sharia rulings with respect to termination of pregnancy only applied to Muslims. Christians, Jews and other non-Muslims living in Islamic territories were subject to their own religious law. Turns out that the medieval Sharia was ahead of the times by being more flexible and accepting of different opinions on this issue than the modern militant pro-life crowd.

Abed Awad is a New Jersey attorney, a national expert in Islamic law and an adjunct professor at Rutgers Law School.