Don’t be surprised if one of these horrific massacres happens ‘at a mosque near you,’ N.J. Muslim attorney says

With rhetoric from President Trump and other officials about Muslims as the enemy, Muslims as terrorists or about Muslims wanting to change our culture it become easy to dehumanize Muslims and want to do them harm like the terrorist in New Zealand, says Abed Awad. (AP Photo/Mark Baker)

“To those who, when calamity strikes, Say: ‘We belong to God, and to Him we shall return.' Upon them descend blessings from God and mercy. They are guided right.” Quran, 2:157. Our thought and prayers are with families of the New Zealand mosque massacres.

The suspect's manifesto and social media posts confirm his right-wing white supremacist political beliefs. “[I]ncite violence, retaliation, and further divide,” the suspect explained the objective of his killing spree. Not surprisingly, the suspect may have been inspired by American hate and anti-immigrant ideologues, as the suspect called President Trump “a symbol of renewed white identity and common purpose” and praised Dylann Roof, who murdered nine people at the Emanuel AME Church in Charleston, South Carolina in 2015.

These horrific massacres will not be the last against Muslims. The rise of ‘nationalism' and ‘populism' around the world is code for white supremacy and anti-immigrant xenophobia. Trump & Co. have built their political ideology on appealing to hate and fear. This anti-immigrant hate and fear has caught on fire all over Europe. Just follow the rise of populist nationalists in Germany, Poland, Hungry, Holland, France and England. 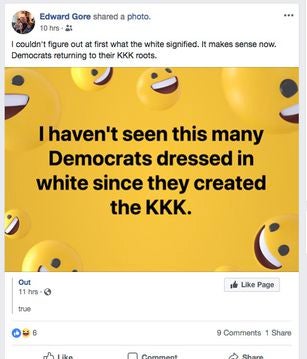 In 2010, Trump suggested that the United States is at war with Muslims. Since then, he has talked about the “Muslim Problem,” supported the surveillance of Muslims, defended warrantless searches of Muslims, complained about Syrian Muslims entering the United States and said he would, “look at” closing mosques. He also supported creating a database to track Muslims, spoke of Muslims as a “Trojan Horse,” said that New Jersey Muslims cheered on 9/11, planned a “Total and complete shutdown of Muslims entering the United States,” and uttered or tweeted the following: “We are at war with radical Islam,” Muslims are “sick people,” “Islam hates us,” “Muslims don't respect us,” and “…let the Muslims flow in. No way!”

Like Trump, the members of his administration are avid and open Islamaphobes. Steve Bannon, Trump's chief strategist claimed that “the Judeo-Christian west” is engaged in a “global war” against “jihadist Islamic fascism.” General Mike Flynn, his (first) National Security Advisor, claimed that Islam is a “cancer.” Trump adviser Sebastian Gorka was terminated by the FBI for having “over-the-top Islamophobic rhetoric.” Anti-Muslim ideologue Brigitte Gabriel, head of ACT for America — the U.S.'s largest anti-Muslim hate group — is welcomed at the White House to meet with Trump. John Bolton and Mike Pompeo, both well-known for their ties with Anti-Muslim Hate Groups, are part of Trump's inner circle.     “You have people coming out of mosques with hatred and death in their eyes,” Trump exclaimed during a 2015 CBS News interview. The repeated messaging and narrative from right wing media and Trump is simple: Muslims are the enemy. Muslims hate us. Muslims are terrorists. Muslims want to take over our country. Muslims want to change our culture. Islam hates us. Muslims can't be Americans. This is an organized messaging machine intent on dehumanizing Muslim Americans. The Muslim becomes ‘the other' and ‘foreign' that has no humanity and “it” is the enemy. New America , a think tank, and the American Muslim Institution conducted a survey on Nov. 6, 2018, on perceptions about Islam among Americans. The survey found that 71 percent of self-described Republicans agreed they don't believe Islam is compatible with American values. This is not a surprise in the current anti-immigrant and anti-Muslim environment in the White House. Sixty percent agreed that Muslim Americans weren't as patriotic as non-Muslim Americans. While the negative views of Islam by Republicans is alarming, the fact that close to 40 percent of Americans hold a negative view of Islam and Muslims is more alarming.

It is easy to dehumanize Muslims when a large portion of Americans hold such negative views combined with the anti-Muslim rhetoric from Trump & Co. that is carried live by right-wing media outlets. Let us not be surprised that another white terrorist inspired by this Islamaphobia and hate rhetoric will massacre Muslims at a mosque near you.

Abed Awad, a New Jersey/New York attorney, a fellow of the International Academy of Family Lawyers and an adjunct law professor at Rutgers Law School, Newark. He has also taught at Pace Law School and Seton Hall Law School.